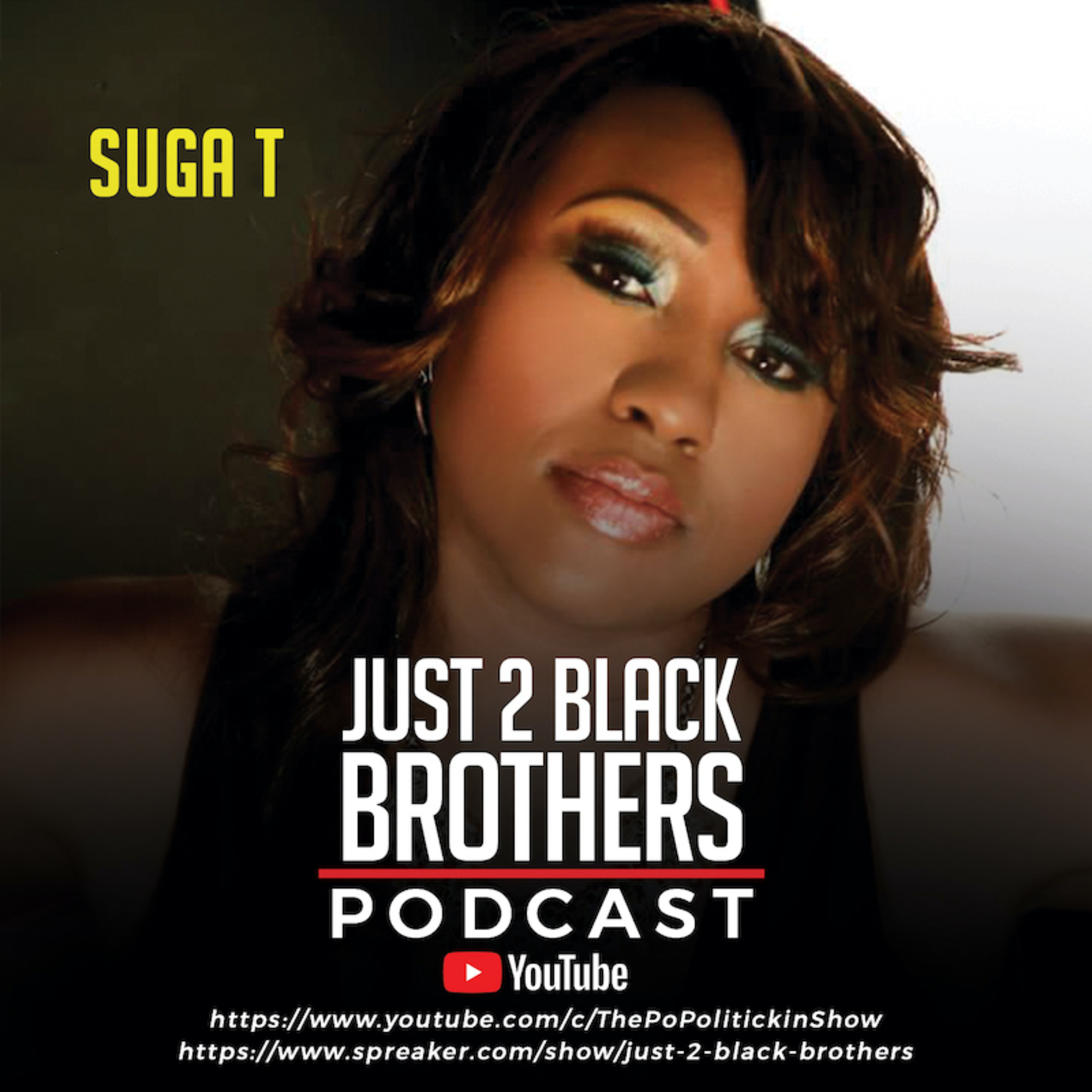 In this episode of J2BB, we are joined by West Coast legend Suga T.

Tenina Stevens, better known by her stage name SUGA-T, is an American rapper and actress from Vallejo, California. She is a founding member of The Click, a rap group that also includes her brothers E-40 and D-Shot and her cousin B-Legit.

The Click released their debut album, Down and Dirty, in 1992 through E-40’s Sick Wid It Records, after which all four member released solo projects, with Suga-T’s debut album It’s All Good being released in 1993. In 1995 Sick Wid It signed a major label distribution deal with Jive Records, Suga-T then appeared on The Click’s second album, Game Related in 1995 and released her major label debut Paper Chasin’, which charted on the Billboard 200 at No. 193.[1] She also sings multi-genres of music, writes songs and is a TV, music and executive producer. Suga-T is currently working as a performer, author, speaker, vision partner coach and is the founder of Sprinkle Me Enterprise www.sprinkleme.biz and Sprinkle Me School of Music and Vision www.sprinklemeschoolofmusic.online. At one time she sacrificed her career and went back to school to complete an AA Business, BA Psychology and MA in Organizational Management, re-invented her brand and helps others re-invent their brand.

In this episode of PoPolitickin, we politick with Selma, Alabama emcee T Smith. https://www.instagram.com/rapper_tsmith/