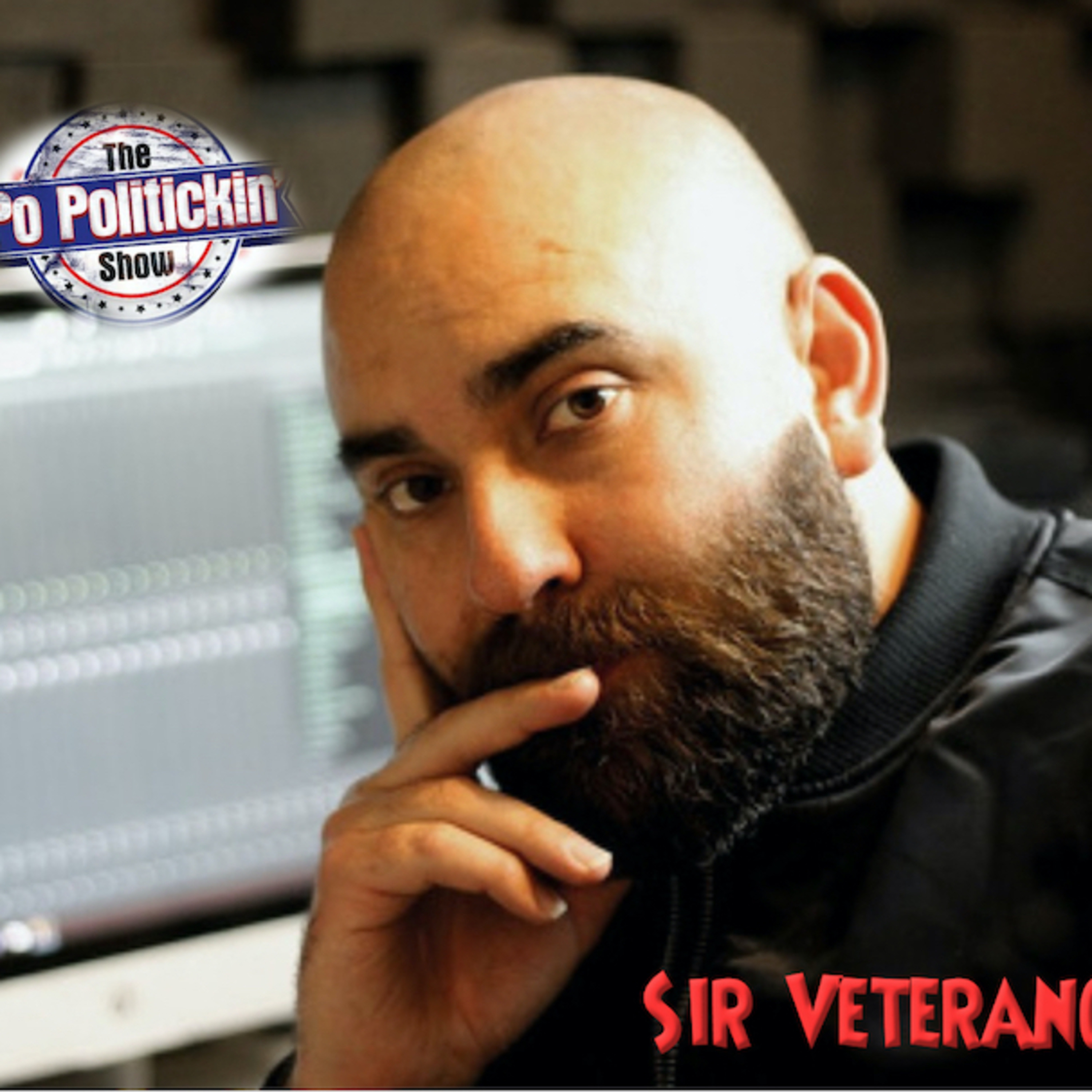 In this episode of PoPoltickin, we poltick with Sir Veterano.

Sir Veterano is a music producer based in the Central Valley of California. Although growing up in a remote area outside San Francisco, his music managed to catch the attention of major indie hip-hop artists in the mid 2000’s and early 2010’s. Working with the likes of lyrical icons Ras Kass, Kool G Rap, Mad Skillz, Planet Asia and Eminem’s super group Slaughterhouse, Sir Veterano established himself as a promising up and coming Hip-Hop producer.

In late 2018, Sir Veterano expressed interest in rejoining the music business to his music manager, Walt Liquor – aka 4Two7 – and Kwa Nguyen, owner of Fresh Yard Clothing and Fresh Yard Records. After discussions on what that would entail, the three quickly got to work on his first music work since 2012 that would become his first ever studio release. The Gathering, enlisted the likes of Hip-Hop legends Mc Eiht, Casual, Murs, old friend Ras Kass. Along with many more icons, the album quickly started to form. “I’ve always felt like I have unfinished business,” Sir Veterano mentioned. “The timing is right for me, the team I’m working with feels like family so I’m ready to step back in and pick up where I left off.”

Sir Veterano’s first studio album, The Gathering, is slated for release in the first quarter of 2020.

In this episode of PoPolitickin, we politick with Boog Brown. Currently based in Atlanta, Detroit native Brown is not only an emcee, poet and publisher; but she describes herself as […]