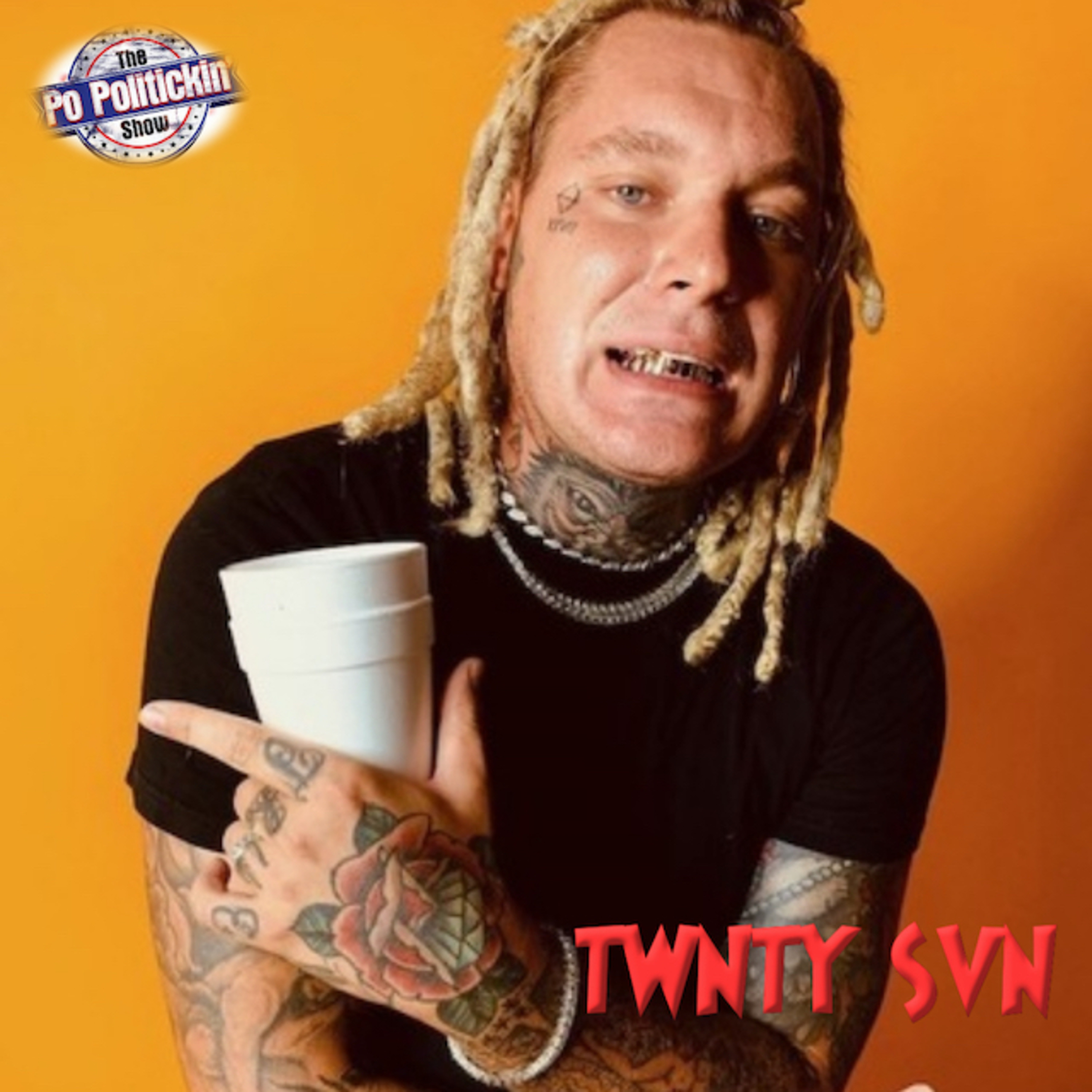 In this episode of PoPolitickin, we politick with TWNTY SVN.

TWNTY SVN is a rap artist based in Atlanta, Georgia. His music is particularly distinctive because of the grittier, textural tones that fuel his imaginative creativity. Born Jesse Mays, TWNTY SVN was active with another stage name earlier, but he finally refined his sound and identity, kickstarting a brand new musical journey! Formerly known as Kidd Steeze, TWNTY SVN achieved many milestones since the start of his career. He appeared at world-famous events such as SXSW, as well as collaborating with a wide range of acclaimed artists and industry insiders alike. In 2017, he even teamed up with fellow artist Famous Dex to release a soaring new single, “Woah.” This was one of the first tracks for the artist to truly make waves, attracting the attention of the listener and a wider audience at large. This was only the beginning of a fantastic career in music, with one successful single after another, allowing the artist to eventually grow into the project that will be known as TWNTY SVN.

With a new moniker, this gifted rapper also took the opportunity to refine his sound, bringing his lyrics to new depths, and highlighting his ability to combine modern hip-hop, with golden age influences. As a true perfectionist TWNTY SVN always goes a long way to make sure that his tracks are tailored to perfection, every time he posts something new. His sound blurs the lines between punchy rhythms, and warm melodies, with a one-of-a-kind attitude.

In this episode of PoPolitickin, we politick with Selma, Alabama emcee T Smith. https://www.instagram.com/rapper_tsmith/